I’m happy to tease you just a bit here…

Next month I’ll be writing a special article for a friend’s blog. Jennifer Bartlett has invited me to be a special guest writer on her blog, A Pair of Bartletts. 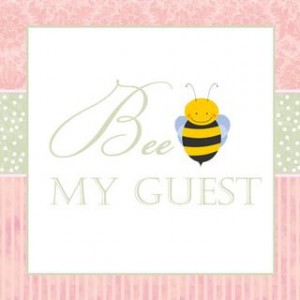 Over the last few weeks, every Tuesday she’s had guests of all sorts writing on topics close to their hearts, be it writing, family, special needs children or adoption (many of which are close to my heart as well!). So I’ve chosen a top secret topic, known to only myself, my wife and Jennifer (and perhaps Rob, her husband). Want to know what it is?

Hint: It involves family finances and a four letter acronym…oh no! I may have given to much info there…stay tuned to find out more.

PS – There will be a prize giveaway for comments on her blog!

Yesterday my son and daughter headed out for the first day of school. Remember that day? The excitement and the fear. The new school supplies (the sight and smell of unused crayons!).

The first day of school is a day of new beginnings. There’s a date on the calendar. It sits there like bridge that you will inevitably be forced to cross. One moment your on one side…the next on the other. There are rumors of both great things and scary things on the other side. Do you cross the bridge or play hooky?

Your finances are like that. Those bills…they must be paid, one way or another. There’s relief when they’re gone (more when it’s a final payment!). There’s pain when the checking account is emptied. Oh, and if you cheated and used a credit card, that only means a more difficult crossing down the road.

Your career is like that. Had it with your job or your boss? Tired of the 9 to 5 grind, stuck in a cubicle detention center only slightly better than Gitmo? You hear rumors of better job out there, or perhaps you’ve dreamed of running your own business. But it’s scary, and it’s risky. Best to choose the daily bridge to the pain you know, rather than that other path into the unknown.

The truth is that you choose to pay your bills or not, and you choose to keep a job you hate or seek out something better. It’s a choice either way! And there are consequences (results) either way.

Why not take a new look at today and realize the choices you’re making? Make them instead of them being forced upon you. Take control of your future!

Choose today to read a book and learn how to handle your finances or find a job you’d love.

Choose today to seek out someone who’s out there doing what you want to do, and ask them how they did it (most people would be flattered that you’d ask!).

Choose today to take a class and learn what you need to know to make different choices and get to where you want to be.

Choose today to hire a coach to guide you over the bridge faster than you can go on your own.

You have to step out there and make something happen!

When is your NEXT first day of school? Is it today? Or is it sometime eventually when you get time for it?

Trust me…you have to put it on the calendar, get some fresh new crayons, and prepare to color a new picture for yourself.

Taking my daughter away for a Daddy-Daughter weekend was a bit scary before we left. By the time it was over, we were planning for next year!

It’s hard to believe that we were away from home for just under 40 hours. In that time, we covered more than 730 miles driving from home to Atlanta, all over the city and back home again. We headed out on Friday morning and decided to hit Zoo Atlanta first. Then we were off to the Northpoint Mall to visit the American Girl store and have dinner at The Cheesecake Factory, before checking into the hotel and going for a swim.

Saturday we were up early to see the Georgia Aquarium (got there early and got through before the crowds), the World of Coke (tried 60+ Coke products from around the world, including Beverly from Italy…nasty!), a quick walk through Olympic Park and then a difficult drive to find the Fernbank Museum (enjoyed the dino bones and an IMAX movie). Exhausted, we piled into the van and headed home, but stopped for an hour in Montgomery for dinner at Ruby Tuesday.

It was a truly incredible trip, and I learned so much in just spending those precious hours with my precious daughter. Here’s just a bit of what I observed and experienced:

At nine, Anna is in the midst of a transformation.
She’s no longer a simple child, and she’s not yet a young adult. At times she’s clinging to her desire to be a little girl, wanting to play on the playground or be silly. Then in an instant she’s acting like a teenager or twenty-something, making conversation or eating off the adult menu.

I’m a “we’ll see” kind of guy.
Anna spoke nearly these exact words to me as I told her she had only twenty minutes left in the pool. Anna is a born negotiator, and immediately petitioned for thirty minutes. Without thinking, I said “we’ll see” and I guess I say it way too often!

She is braver and stronger than I thought
Anna recently attended a Girl Scout horse camp, spending five days away from home. She was generally miserable, except when she was riding. The notes we got from the first few days broke our hearts as she begged to come home (of course, the mail was slow enough that we didn’t get them until day four). But in Atlanta, alone with me, she wanted to go down the the hotel lobby by herself and didn’t freak out if we were briefly separated at one of the sites.

She’s everything I could want in a daughter
Anna is a genuinely sweet young girl, when a heart for others. She is intelligent and insightful. She has a wonderful spirit and I experienced glimpses of the kind of adult she is likely to become.

Sure, I’m a biased father. But that doesn’t mean it’s not true.

Fatherhood is always a daunting responsibility. But there are amazing rewards along the way as well.

I’m looking forward to continuing these trips with Anna, and when he’s older, with my son Ian. Being an everyday dad is great. These trips will simply enhance the everyday!

My nine year old daughter Anna and I are about to embark on an adventure together. For a few years now, I’ve thought it would be a good idea for daddy and daughter to just get away and spend time with each other. My hope is that it solidifies bonds that are likely to be strained in the unavoidable years of teenage drama ahead.

Now I’m just hoping we just get through the weekend!

It’s not that I’m really worried about it. We’re pretty close already. But without the distractions of her mother and brother, I’m going to be her only listening post. She likes to talk. A lot. Just one of many reasons she doesn’t have her own cell phone yet, and when she does, it’ll have to be an unlimited talk plan.

Seriously, this trip is very important and I hope it’s an annual event. We’re heading off to Atlanta to see the sites. With a City Pass in hand, we’re aiming to hit a natural history museum, the zoo, the aquarium and the World of Coke, not to mention a mandatory dinner at The Cheesecake Factory and a dip in the pool. It’s supposed to be fun and I believe that it will be.

But I’m also in the middle of reading Strong Fathers, Strong Daughters by Dr. Meg Meeker. Dave Ramsey recommended this book a few years ago, and I’m just now getting to it. Big mistake to wait two years! If you have daughters, you need to read this book (moms and dads both). I’m amazed at what I’m learning about my daughter and how her mind works, while simultaneously scared to death at and in awe of the responsibility of being a father (not that it wasn’t already huge). I’ve tried to be a good dad…now I need to be a good dad more than ever.

Anna turned nine this month. It’s hard to believe that nine years ago she was ripped into this world, three months early and weighing just two pounds. She was a fighter from the beginning, and it’s still in her when she wants something (she’s a leader and an arguer…I’m thinking lawyer, judge or ambassador). In some ways it seems like yesterday I was putting my wedding ring on her arm two hours after she was born, and it went all the way to her shoulder.

I’m a nerd and numbers just pop into my head all the time. She’s nine, and in nine more years we’ll be sending her off to college. What!?!?! My little girl will be a high school graduate in just nine years (God willing). Nine years is not a lot of time. Nine more after that and I’m likely to be a grandfather…sorry, that’s the math talking again…shut up math!

Nine years. A lot of college savings left to do. A lot of trials and struggles to endure. A lot of temptations to prepare for, and boys to chase away with my shotgun (note to self: get a shotgun).

Most importantly, it’s nine years that will shape her into the woman she will become. And as I’m learning from Dr. Meeker’s book, there’s probably no greater influence on her than what kind of man I am. It’s a daunting responsibility. Am I up for it? Not by myself. But I had a pretty good father who modeled well for me, and more than that, I have a Father in Heaven who will be with us both during the journey.

Look for an after trip report in the next few days. In the meantime, I’d love to hear your thoughts on the book or your own experiences as a father or daughter in the comments.